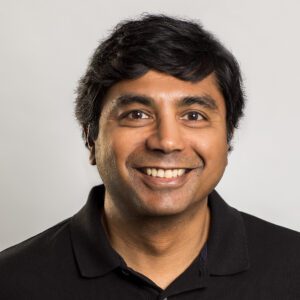 Subutai has deep expertise and more than 25 years of experience in computational neuroscience, deep learning and real-time computer vision. He has previously served as VP Engineering at YesVideo, Inc. where he helped grow the company from a three-person start-up to a leader in automated digital media authoring. In 1997, Subutai co- founded ePlanet Interactive, a spin-off from Interval Research. ePlanet developed the IntelPlay Me2Cam, the first computer vision product developed for consumers. He has served as a key researcher at Interval Research. 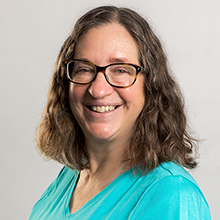 Celeste has vast experience in high-tech engineering, design, and management. Previously, Celeste was SVP of Engineering & Operations at Panasas, a Big Data storage provider. She was CEO and Co-Founder of Vitamin D, one of the first developers to use the NuPIC platform. Celeste also served in VP Engineering roles at Palm and at Handspring, where she led the companies’ engineering efforts for handheld computers and smartphones. Celeste has built effective engineering teams, starting from a few to over 500, and has delivered numerous successful and award-winning products.

Celeste holds both a B.S. and M.S. in electrical engineering from Stanford University.

Dr. Lawrence Spracklen is an experienced leader, with a decade of experience in developing and delivering AI solutions at scale. Prior to joining Numenta, Lawrence served as CTO and VP of Engineering at several other AI startups; RSquared, SupportLogic, Alpine Data and Ayasdi. Before this, Lawrence worked at VMware, Nvidia and Sun Microsystems, where he led teams focused on hardware architecture, software performance and scalability. 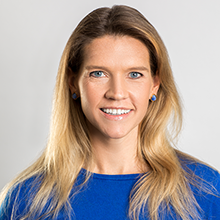 Christy brings more than two decades of technology marketing and communications experience to Numenta. Previously, she launched analytics programs for the Retail and Healthcare industries as the Global Product Marketing Director of Analytics at Actian. Christy held a number of software marketing roles during her 13 years at IBM, where she managed user groups, produced live demos and developed big data video tutorials. She was also one of the founding members of IBM’s thought leadership group: the IBM Institute for Business Value.

Christy holds a BA in Economics from Princeton University. 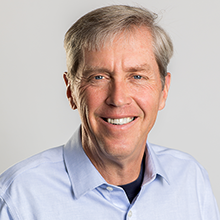 Jeff is a scientist whose life-long interest in neuroscience led to the creation of Numenta and its focus on neocortical theory. His research focuses on how the cortex learns predictive models of the world through sensation and movement. In 2002, he founded the Redwood Neuroscience Institute, where he served as Director for three years. The institute is currently located at U.C. Berkeley. Previously, he co-founded two companies, Palm and Handspring, where he designed products such as the PalmPilot and Treo smartphone. Jeff has written two books, On Intelligence (2004 with Sandra Blakeslee) and A Thousand Brains: A New Theory of Intelligence (2021).

Jeff earned his B.S. in Electrical Engineering from Cornell University in 1979. He was elected to the National Academy of Engineering in 2003. 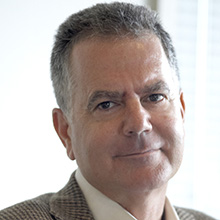 Ed came to Silicon Valley in 1985 to be part of the personal technology revolution and since that time has established himself as a leading product and marketing innovator. He was part of creating some of the most groundbreaking products and brands in personal computing.

Ed was part of building the Radius brand to be synonymous with graphics and graphics imaging at the outset of the desktop publishing revolution. Then he embarked on a 16-year journey to define and establish the next generation of personal computing – the handheld computer. Ed was the first vice president of marketing for Palm Computing where he helped develop the original Palm Pilot and the Palm brand. During Ed’s tenure the company shipped the original Palm Pilot, Palm III and Palm V handhelds establishing Palm and the Palm OS as the market leader with more than 90% market share.  Ed left Palm to co-found Handspring where he and his partners created the forbearer of all future smartphones; the Handspring Treo.  Ed led the transaction that reunited the Palm and Handspring teams into one company while establishing relationships with wireless carriers globally and driving Palm’s annual smartphone business to more than $2 billion. As the CEO of Palm, Ed spearheaded the transformation that created the highly acclaimed WebOS platform and Palm Pre line of smartphones.

Ed has spent the last several years doing impact investing and mentoring next generation entrepreneurs. He is a board member of Numenta, Inc., POPS Worldwide, and Levered Learning, Inc. Recently, Ed joined Low Carbon as Head of Americas, and a member of the board to focus his impact on climate change. He now joins a very experienced, mission driven team committed to building 20 Gigawatts of new renewable energy by 2030.

Donna is a serial entrepreneur best known for her work as CEO of Palm Computing and then Handspring, pioneers of the first successful handheld computers and smartphones. Previously, Donna spent 10 years in a multitude of sales, sales support, and logistics functions—both at Apple and at Claris, an Apple software subsidiary. She founded Numenta with her long-time business partner, Jeff Hawkins, in 2005. 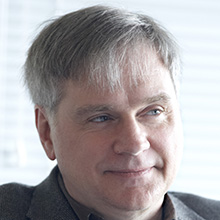 Mike is a successful serial entrepreneur. He has founded many companies with breakthrough technologies including FTL, a super computing company that merged with MIPs, Epigram, which was acquired by Broadcom, Rambus and Matrix Semiconductor, a creator of 3D integrated circuits. Mike currently sits on the board of Rambus (NASDAQ: RMBS). He is participating on the Numenta board as an individual, rather than as a representative of Skymoon Ventures. Mike holds a B.S. degree in Mathematics from Purdue University and a Ph.D. in Computer Science from Stanford University. 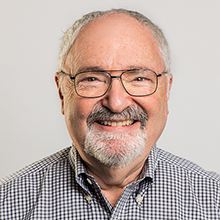 In 2002, Dr. Harry J. Saal was chosen by the US Department of Justice to lead the Technical Committee charged with monitoring and enforcing the Microsoft Antitrust case, and he served as Chairman of the Committee through the May 2011 expiration of the Judgment.

Harry founded Nestar Systems, a pioneer in local area network systems, in 1978. In 1986, Harry became the founder and CEO of Network General Corporation, the first company wholly dedicated to the area of network diagnostics. From 1993 through 1995, Harry served as founding CEO and President of Smart Valley, Inc., a non-profit organization chartered to create a regional electronic community based on an advanced information infrastructure and the collective ability to use it.

Harry is active in philanthropy and community affairs, and serves on the board of the American Institute of Mathematics, among others. Harry holds a B.A., M.A. and Ph.D. in Physics from Columbia University.